Why are you so mean to BaconFest SA?

We’re opposed to all forms of exploitation: human and animal. We’re especially mean to BaconFest SA as Pork Party Culture trivialises, supports, and often even laughs at the systematic abuse and slaughter of one of the most intelligent and most abused factory farmed animals.

But science. Pigs have complex cognitive abilities similar to dogs, dolphins, chimpanzees, and even humans. Their suffering is unjustifiable. Watch one of the hundreds of investigation videos exposing the cruelty of pig factory farming and tell us if it’s really worth it.

Six billion years of evolutionary success and that’s all you have? Watch this video.

Because you’re abusing pigs. It’s not a personal choice when there is a victim. Throughout history, small groups have people have banded together to create change and expose the oppression of those who are deemed inferior and worthless. Bacon is a trivial interest over the interest of a non-human animal’s right to the only thing they have. Life. Just eat something else.

The pigs I eat are humanely slaughtered so I’m cool right?

No. You can’t commit a violent act humanely. Humane slaughter is an oxymoron. Besides there are still horrific transport issues, body mutilations, unspeakable living conditions and gestation crates to consider. And you really shouldn’t believe everything your retailer tells you about your food. Check out this short, non-graphic video to see why.

But, plants feel pain too right?

Do you even science? Your reasoning is skewed and you’re lashing out, we get it. We’re familiar with the Ad Plantarum Fallacy. The pseudo-scientific argument that plants ‘have feelings’ is an unfounded and dishonest attempt to derail any meaningful discussion on the ethics of eating non-human animals.

One of the saddest inventions in the world. In South Africa, roughly 100 000 breeding sows are confined to cages so small that they can’t turn around or properly lie down. Under these conditions, intelligent and highly inquisitive pigs go insane and exhibit extreme stress behaviours like bar biting. Breeding sows are confined to these cages as baby making machines as their piglets eventually become the 50 000 pigs slaughtered weekly in South Africa for meat.

After years of pressure from from Compassion in World Farming, NSPCA, and the public, The South African Pork Producers’ Organisation (SAPPO) eventually agreed to eliminate gestation crates by 2020. (Although this hurts profits and SAPPO isn’t really taking this very seriously).

No, they don’t. Vegan diets are regarded as appropriate for all stages of the life by the American Dietetic Association, the Australian National Health and Medical Research Council, and Dietitians of Canada.

Pigs are stupid though.

Your cousin is stupid, would you eat him? Scientists agree that pigs are incredibly complex and intelligent animals. Smarter than your dog for sure. Read this article on Psychology Today about Pig Intelligence. They remember.

Are you weird vegan tree huggers?

No. Are you a weird apron-wearing butcher madman who kicks puppies? We’re regular people who think ignoring the pain of billions of animals in factory farms is absurd. And it’s not just us. Over 20 organisations have written to BaconFest SA asking them to call off the festival.

Ok fine, but what am I supposed to do?

We’re so glad you asked. Head on over to our Fuck Bacon page and we’ll tell you.

I have more questions / comments?

Choose your issue from one of the blocks below; for everything else Google is your friend. 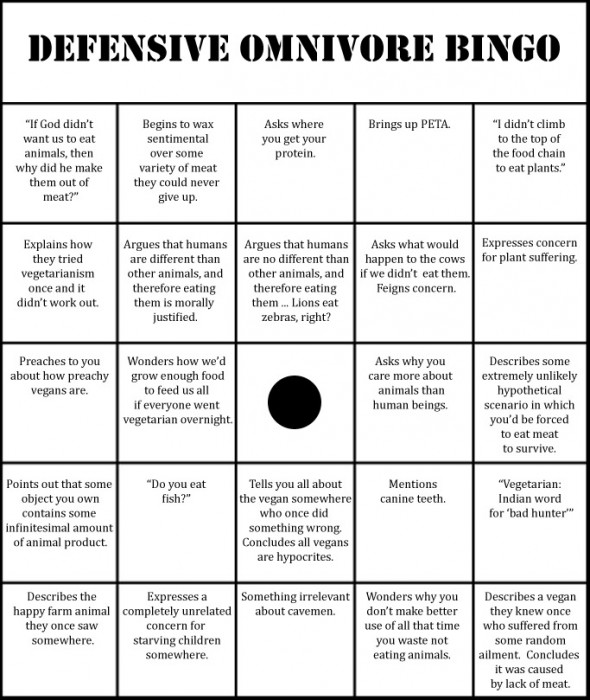 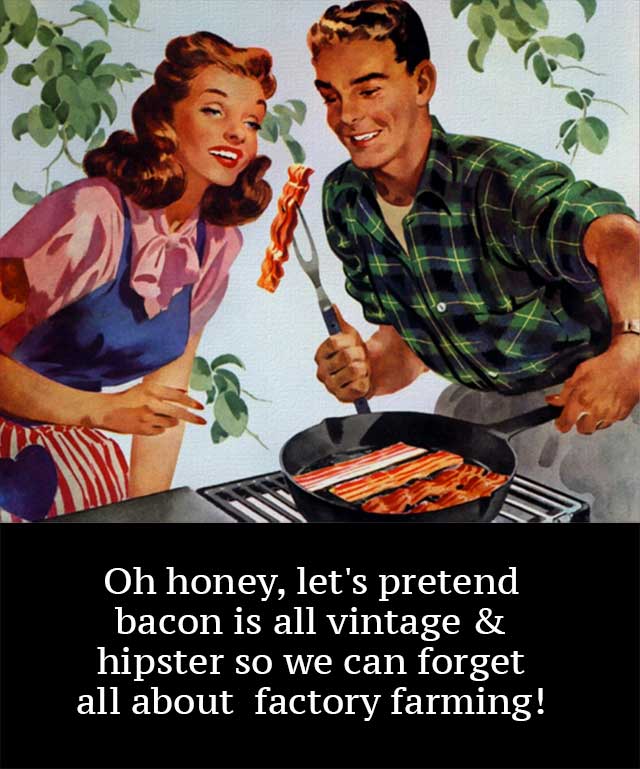