Sow stalls or gestation crates are sadistic inventions by intensive factory farmers to allow for higher stocking densities of animals to maximize profits. This means hell on earth for pigs.

In South Africa, roughly 100 000 female pigs are trapped in sow stalls which are essentially just “body cages” for the majority of their lives. The pigs can’t turn around, and in some cases can’t properly lie down. Sows are highly intelligent and social and due to boredom and confinement they basically go bat-shit insane. They are minds trapped in bodies that are treated as machines.

Luckily, the kind pig farmers have the sow’s welfare at heart so sometimes they build concrete slats into the floor so the sows don’t have to lie in their own feces and excrement.

Farrowing crates are used after birth so the sow doesn’t crush all her piglets. In here she essentially becomes a caged milk machine. Trapped in the cage, she’ll may still accidentally crush around 10% of her babies. These sows produce the 28 million pigs killed and eaten in South Africa every year.

Pig farmers cut out the piglets teeth to prevent them from damaging their mother’s teats. (Since the sow can’t move away if she needs a break). Piglet’s tails are also cut off to prevent them gnawing on each other’s tails when relocated to tightly stocked growing pens.

The kind boys at SAPPO eventually agreed to phase-out sow stalls, but not farrowing pens by 2020. This was only after years of campaigning from Compassion in World Farming SA and NSPCA. No-one knows how seriously SAPPO is taking this “phase-out”, as plenty of of gestation crates are still currently being sold and installed at present.

Neither mother or piglet will see a blade of grass, feel a ray of sunshine and or have felt the soil of the ground underfoot, or even run or frolic – as pigs love to do.

Sow stalls across the world. 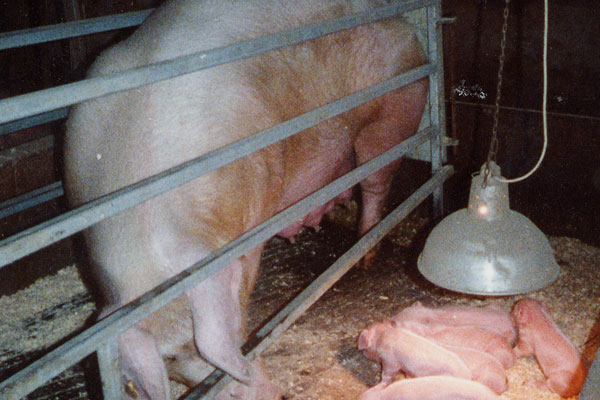 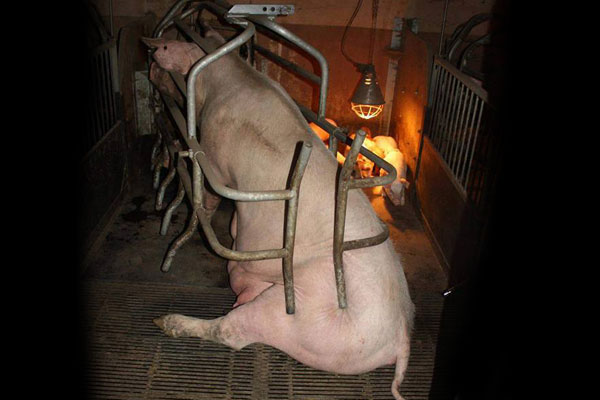 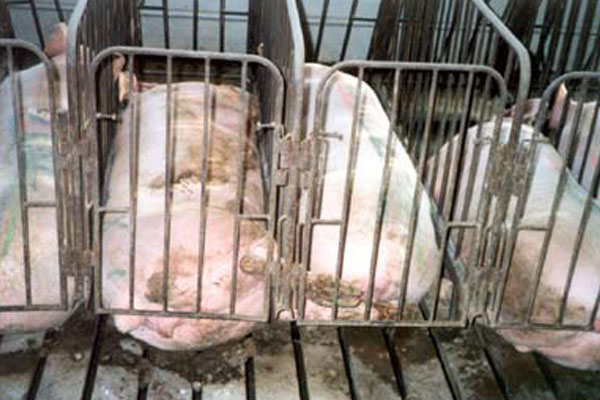 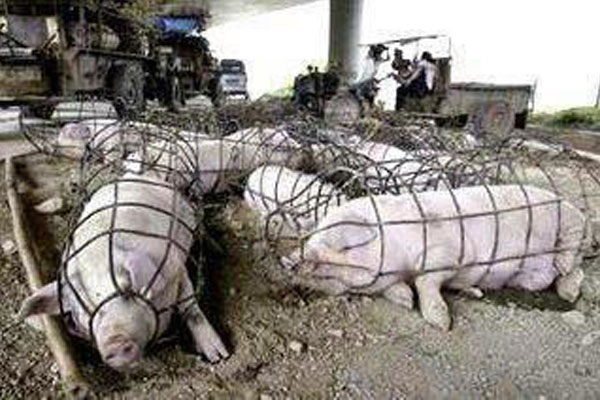 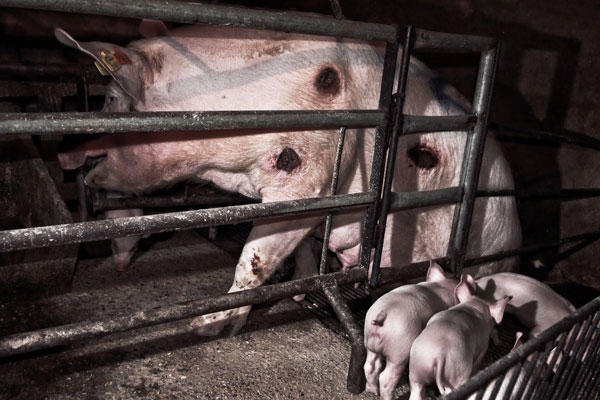